Today my friend Carly asked me what inspired me to name my blog ‘Purple Pants’ and it brought back nostalgic memories. I had the sudden urge to share that nostalgia with all of you. So here’s the wondrous poem written by Dr. Seuss behind this sublime inspiration.

I was walking in the night

And I saw nothing scary.

For I have never been afraid

Of anything. Not very. 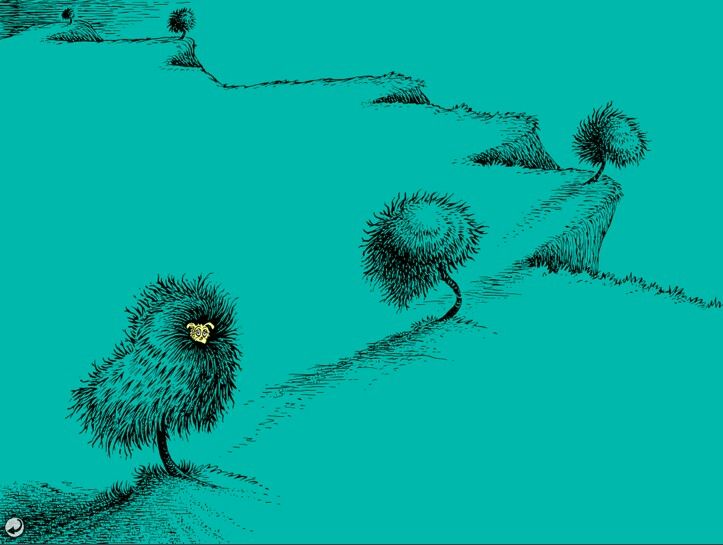 Then I was deep within the woods

When, suddenly, I spied them.

I saw a pair of pale green pants

With nobody inside them! 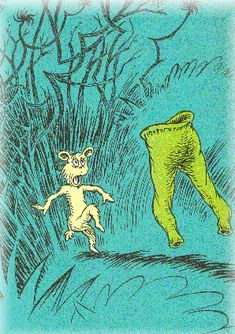 I wasn’t scared. But, yet, I stopped

What could those pants be there for?

What could a pair of pants at night

Be standing in the air for? 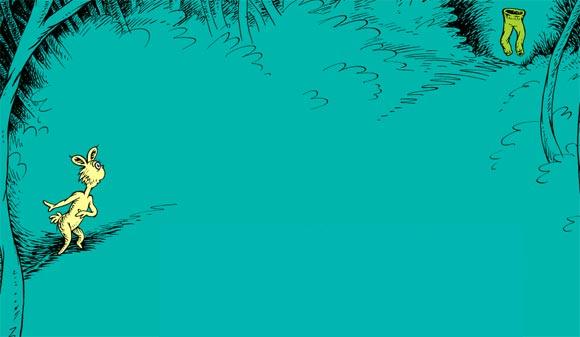 And then they moved? Those empty pants!

They kind of started jumping.

And then my heart, I must admit,

It kind of started thumping.

As fast as I could go, sir.

After that a week went by.

Then one dark night in Grin-itch

(I had to do an errand there

And fetch some Grin-itch spinach)

Well, I had fetched the spinach.

I was starting back through town

When those pants raced around a corner

And they almost knocked me down!

I lost my Grin-itch spinach

But I didn’t even care.

I ran for home! Believe me,

I had really had a scare!

Now, bicycles were never made

With nobody inside ‘em!

And the NEXT night, I was fishing

For Doubt-trout on Roover River

When those pants came rowing toward me!

Well, I started in to shiver. 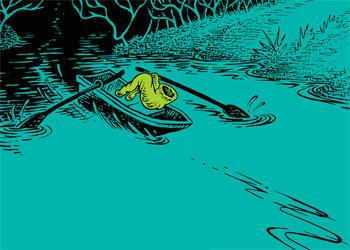 And by now I was SO frightened

That, I’ll tell you, but I hate to

I screamed and rowed away and lost

my hook and line and bait, too!

I ran and found a Brickle bush

I hid myself away.

I got brickles in my britches

But I stayed there anyway.

I stayed all night. The next night, too

I’d be there still, no doubt,

But I had to do an errand

So, the next night, I went out.

I had to do an errand,

Had to pick a peck of Snide

In a dark and gloomy Snide-field

That was almost nine miles wide.

I said, “I do not fear those pants

With nobody inside them.”

I said them. But I lied them.

Then I reached inside a Snide bush

And the next thing that I knew,

I felt my hand touch someone!

And I’ll bet that you know who.

And there I was! Caught in the Snide!

And in that dreadful place

Those spooky, empty pants and I

were standing face to face!

I yelled for help. I screamed. I shrieked.

I howled. I yowled. I cried,

“OH, SAVE ME FROM THESE PALE

GREEN PANTS WITH NOBODY INSIDE!”

But then a strange thing happened.

Why, those pants began to cry!

Those pants began to tremble.

They were just as scared as I! 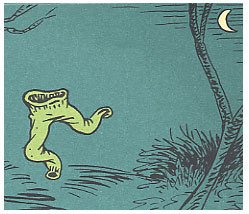 I never heard such whimpering

And I began to see

That I was just as strange to them

As they were strange to me!

I put my arm around their waist

And sat right down beside them.

I calmed them down.

With nobody inside them.

And now, we meet quite often,

Those empty pants and I,

And we never shake or tremble,

We both smile and we say…”Hi!” 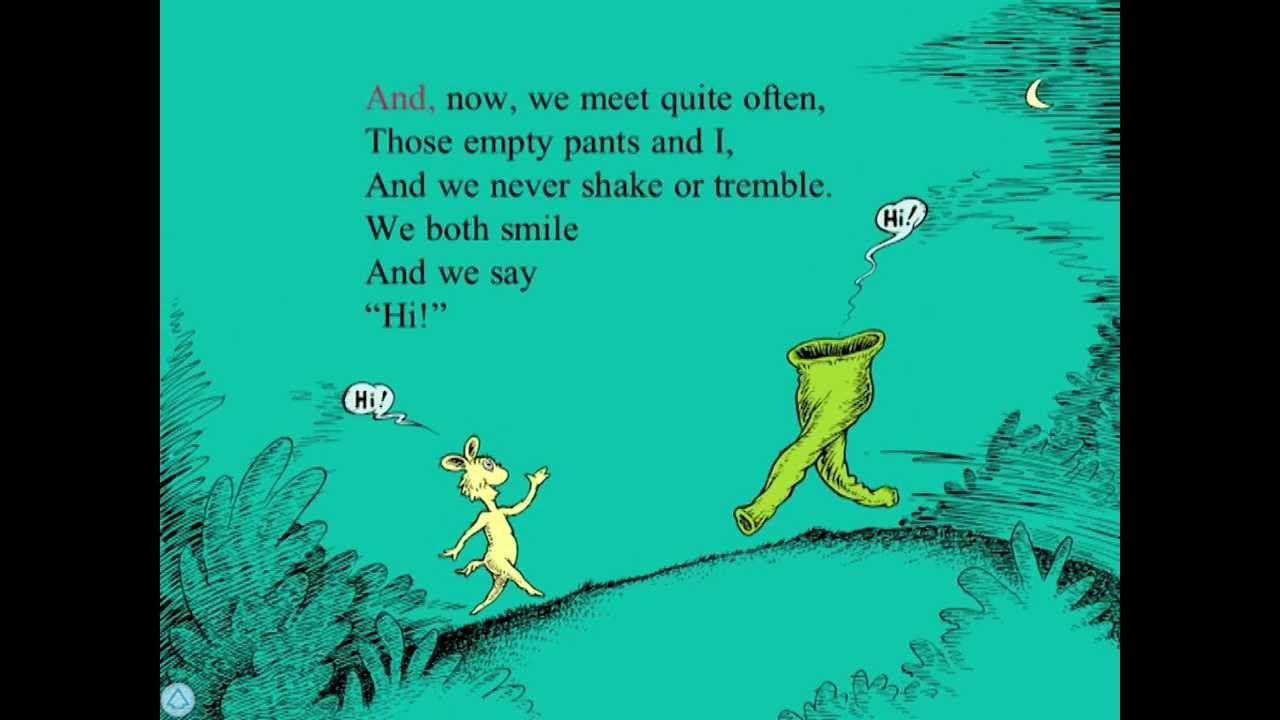